Youth stuffed their phones and sunscreen into their new neon green #ThinkLocalFirst knapsacks before draping themselves in brightly coloured boas and other festive accessories. Excitement was high as looks were finished with dashes of glitter at the pre-parade dress-up party; the good times kept rolling on Aug. 13th, as Pride Trail welcomed crowds of people downtown for the festivities.

“Pride is the ultimate celebration of togetherness,” says Marlene Noel, Chamber membership manager & executive assistant. “This year and every year, we celebrate all that makes our community so beautiful, so resilient, and so rich with diversity. I think it’s great that the South Kootenay region is becoming even more inclusive and accepting of the 2SLGBTQIA+ community, starting with our youth.” 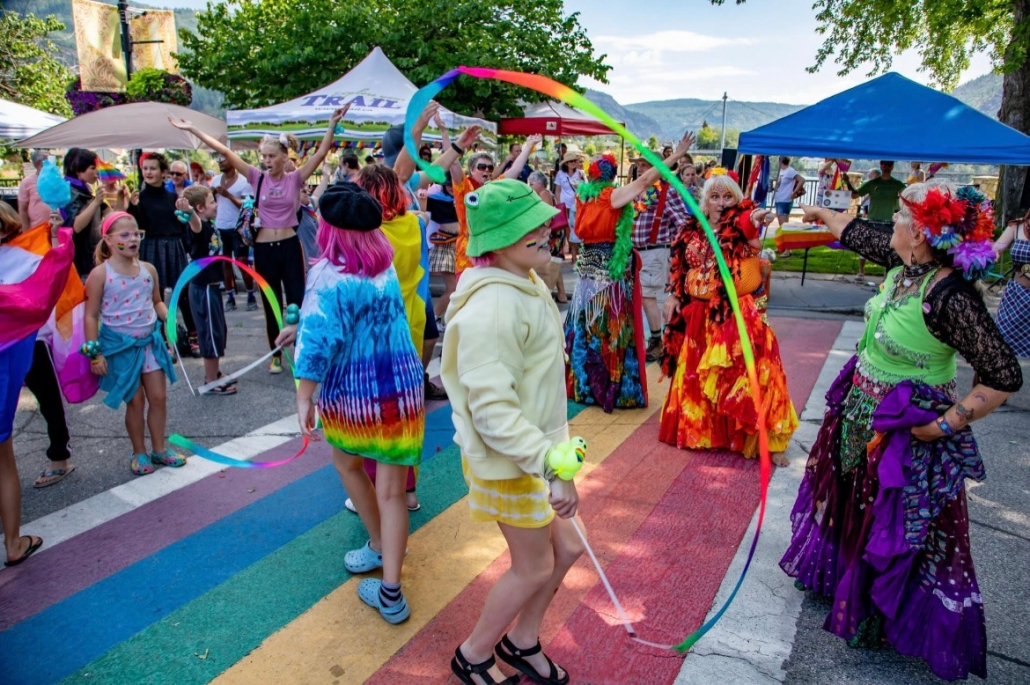 Photo credit: Mike Hockley (above and on bridge)

After connecting with the Trail Youth Action Network, the Trail & District Chamber of Commerce leapt at the chance to get involved with Pride, donating drawstring knapsacks in support of the event that promotes love and inclusivity. Addison Oberg started Pride Trail in 2018, aiming to create a safe space for everyone to find acceptance. The first project, the rainbow crosswalk installed on the Esplanade in Trail in 2019, remains a testament that the region was ready to welcome Pride, as businesses came forward to sponsor the initiative.

“It’s nice to see we have so many supporters in our community,” says Oberg. “It’s amazing for me personally and as an organizer putting my neck out there – these businesses are on my side and ready to support Pride Trail, no matter what. It’s been wonderful!”

For this year’s event, Kootenay Savings Credit Union, the City of Trail, and the Trail & District Public Library sponsored a DJ, Re/Max All Pro Realty Trail took care of a face painter, and Century 21 Kootenay Homes backed balloon decor. The Library also stepped up to purchase the cake and host a by-donation cotton candy stand. The City of Trail was integral in assisting with equipment as well as managing road closures to facilitate the annual parade, which ended at the Esplanade, where the celebration continued.

“This year was a big extravaganza,” says Oberg. “We partnered with Trail’s IncrEDIBLE Farmers Market to make it bigger and better. Vendors sold queer-friendly things or bedecked their tables in rainbows to fit the theme; we had live music, a photo booth, and so much more.” 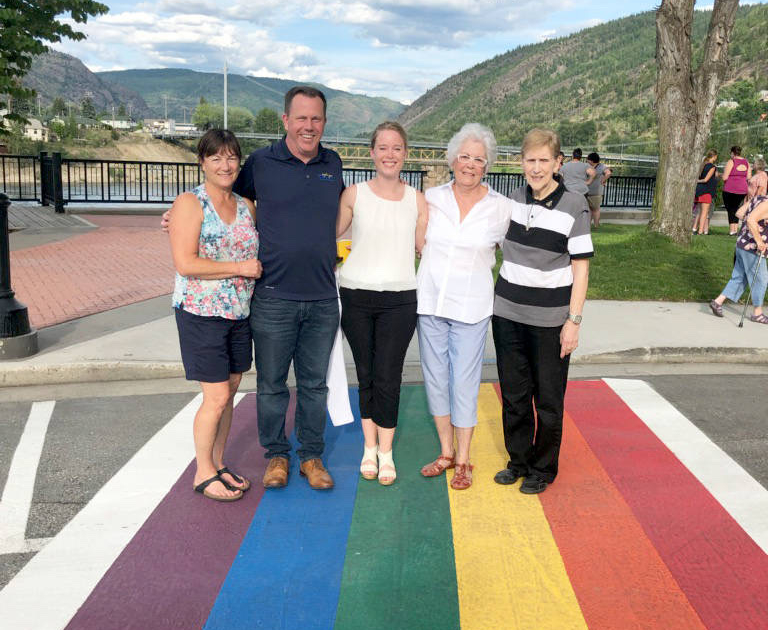 Trail has made leaps and bounds in ensuring the community is a more inclusive place, according to Oberg, but there’s still work to be done.

“Lots of people believe that our society has come very far – and it has – but you still see so many micro-aggressions every day,” she explains. “We initially started doing Pride for the young people, because many of them don’t see a lot of representation around them; I think representation is critical for their well-being. Honestly, it’s just so important that they know they’re accepted and loved. And that goes for adults too! Some people who grew up here are floored that their community now has Pride, which is something they wish they had as queer youth.”

Pride represents the promotion of self-affirmation, dignity, equality, and increased visibility of two-spirit, lesbian, gay, bisexual, transgender and queer people as a social group. With its roots in protest and many of today’s iterations joyfully opposing shame and social stigma, Pride is a global movement. Having pride and the freedom to be who you are is the predominant goal of most 2SLGBTQIA+ rights movements; in Trail, a rainbow flag displayed at Jubilee Park during Pride month underlines the community’s support.

“Pride started with the Stonewall riot in 1969, led by trans women of colour,” says Oberg. “Over time, it’s evolved to be a celebration of love and connectivity and diversity. But because it initially started as a protest, we pay tribute each year with a moment of silence for those we lost in those protests or who carried the burden of silence in shame for years. We pause in remembrance of all those who sacrificed so much.”

Today, the celebration brims with bright colours, big smiles, and messages of love and acceptance. Lady Gaga pumped from the speakers as the parade cavorted through town, starting at Jubilee Park and spreading love across the bridges and at the market, where locals and tourists intermingled and enjoyed the festivities. 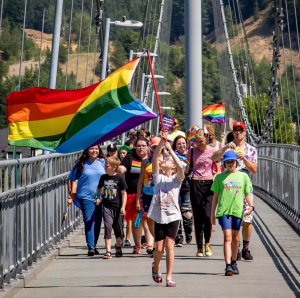 “The community has been unbelievably supportive; businesses, council, the firefighters – everyone comes together each year to put this on. It’s so refreshing to see Trail take a stand to celebrate diversity,” adds Oberg. “We’re hoping to do more throughout the year to keep the momentum going, and have already had interest and support from businesses who want to help us spread love all year round.”

Interested in becoming a Chamber member? Our membership page has information on member benefits.

Chamber Businesses Take Root At The Market
Scroll to top