A History of Discovery

The discovery of gold and copper ore on the face of Red Mountain in 1890 by Joe Moris and Joe Bourgeois was the single most important event in the history of Trail and the Greater Trail area. The five claims staked by Moris and Bourgeois on Red Mountain in July of that year led to the rise of Rossland as the premiere mining centre in North America and the birth of a settlement we now call the City of Trail. Under British Columbia law only four of the five claims could be recorded at the Nelson Mine Recorder’s Office.

The deputy mining recorder, Eugene Sayre Topping, agreed to pay the recording fees for the claims in return for ownership of the fifth claim. Topping and his friend Frank Hanna, then purchased 343 acres at the mouth of Trail Creek on the Columbia River, hoping the claims on the neighbouring Red Mountain would be developing into paying mines, and make them wealthy through the sale of town lots. 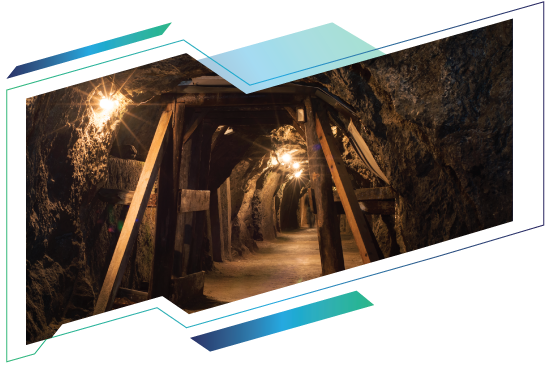 The Greater Trail Area
Visiting or Moving to Trail

Their hopes became a reality in 1895. The Rossland mines proved to be very rich in gold and copper ore and lots in the Trail town-site sold briskly. In 1895 Topping provide land to E.A. Heinze of Butte Montana to build a smelter to treat the Rossland ores. The smelter was purchased by the CPR in 1898 and expanded its production to include lead ores. Despite the difficult economic times, the smelter succeeded.

With the success of the smelter, the small town of Trail grew. On June 14th, 1901 the City of Trail was incorporated. The townspeople celebrated the historic event and what seemed to be a promising future on July 1st. In 1906 the smelter, the War Eagle, Centre Star, and St. Eugene mines, along with the Rossland Power Company were amalgamated to form the Consolidated, Mining and Smelting Company of Canada Ltd. (CM&S). Under the direction of Walter Aldridge, the CM&S solidified the smelter operations. As the smelter stabilized, the town prospered and the city council concentrated on providing improved civic services. In 1912 a new brick school was built, and a bridge was constructed across the Columbia River. Trail Creek, running through the town, was culverted and the gully filled with smelter slag, doubling the building area of the downtown. The Trail Fall Fair Building/Rink was built on Bay Avenue in 1911. Gradually improvements to the smelter increased production and employment in Trail.

As World War I approached an end of the era was near. In 1911 Aldridge left Trail for Thompson, Nevada, and Heinze died in New York, in financial ruin. The CM&S purchased the Sullivan Mine in Kimberely in 1910, and the smelter began to rely primarily on the processing of lead and zinc ores.

World War I increased the demand for lead and zinc and the CM&S realized the need to develop better means to treat zinc ore. Ralph W. Diamond was hired to develop a process to treat the rich lead and zinc ores of the Sullivan Mine. His research led to a breakthrough in treating zinc ore with the development of the zinc electrolytic refining process. In 1917 labour unrest developed at the smelter that culminated in a general strike lasting 36 days. As well, in 1918, the community was hit hard by an influenza epidemic that swept through the province.

The 1920’s, under the direction of S. G. Blaylock, CM&S expanded its Trail operations and increased its production of lead and zinc. With expansion of the smelter operations, the city prospered. The population increased as the demand for workers at the smelter grew.

Civic improvements were undertaken, including, in 1926 the installation of concrete paved roads in the downtown area (a first in the interior of British Columbia), expansion of schools, construction of a new hospital on Victoria Street in 1926, development of the Violin Lake Waterworks in 1919, and construction of large brick commercial buildings such as the Memorial Hall, the Knights of Pyhtias Hall, the Crowne Point Hotel, Mercantile Store, the Company Store, and City Hall. Social activities increased, and CJAT radio was established.

In the 1930’s CM&S constructed a chemical fertilizer plant in Warfield to reduce sulphur dioxide emissions in the valley. The residential area of Warfield was also developed with the assistance of the CM&S The construction of a dairy, to provide milk to the townspeople, was another company endeavour. Zinc and lead production steadily increased. Exploration for new mines in the Northwest Territories led CM&S to become pioneers in aviation exploration, which led to the Columbia Gardens Airport being constructed. The city expanded to the east side of the river. Tadanac was incorporated as a separate municipality in 1922. However, the Depression resulted in curtailment of production and a reduction in wages. The government established make-work projects such as the Espanade river wall and the highway to Castlegar to help displaced workers. Smelter employees cooperated by participating in work-sharing programs.

CM&S supported its employees with the establishment of the hospital and medical insurance plans, sickness and benefit plans, house mortgages, and financial contributions to major civic projects.

During World War II, production at the smelter was increased to assist with the war effort. The West Kootenay Power plants on the Kootenay River were expanded and CM&S participated in the development of the atomic bomb. On May 8, 1945, Blaylock died and Diamond assumed management of the smelter operations. With the end of the World War II, another era in Trail’s history had come to and end.

The city entered the period of the post-war expansion with the development of residential areas of Sunningdale, Glenmerry, Shavers Bench, and the establishment of Warfield, Montrose, and Fruitvale as bedroom communities to Trail.

The Trail Smelter had grown to become the largest lead and zinc smelter in the world. Beginning with only the modest visions of E.S. Topping and Frank Hanna back in 1890, the modern city of Trail was the forth largest city in British Columbia.